It was summer and we were camping at the lake with 5 or 6 other families, like we always did. The fathers were at work while the mothers stayed behind to look after us kids and babies.
It was an absolutely gorgeous site on Half Moon Lake. We were in a little bay with a sunny, sandy beach like light brown sugar, perfect for making mud pies, no pebbles to hurt our bare feet. The trailers were scattered amongst the trees, up a gentle rooty slope in the shade, away from the lake and closer to the quiet road. Flying squirrels would thrill us from above with their acrobatic leaps without a net. Crazed chipmunks startled and darted about on the ground.

We would have lunch and when that was cleaned up, our mothers would put us little ones in bed for a nap and the older kids, including my older brother Ross, all boys, would amuse themselves exploring the woods for salamanders or canoeing amongst the reeds to catch frogs and offering themselves as bait for leeches. Later, salt would be poured on the poor leeches and we would all watch in fascination as they wriggled and died from dehydration. I always found it looked like the scene from The Wizard of Oz, when the Wicked Witch of the East gets crushed by the tornado thrown farmhouse and her striped legs wither up and disappear beneath it. leaving only the Ruby Red Slippers behind.

The moms might pick berries, go for a swim, read or just chat while working on their tans. Nobody put sun screen on in those days; to the contrary, people buttered themselves up for roasting with baby oil.

I seem to remember that this day was particularly hot and oppressive. My mother peeled me out of my damp red and blue gingham plaid bikini bathing suit she had made herself, with the fabulous attachments of her new sewing machine my father had bought her just before I was born. She put me in my thick, white waffle-weave panties that were so soft and comfortable. I was a sensitive child, in both the tactile and emotional sense. I hated tags and stiff lace on my clothes that would annoy my skin, like nails down a chalkboard for some. An errant sock thread between my toes would trigger a frustration tantrum that would easily break my parent’s patience.

My foster sister, Bobbie, had just turned one earlier that summer. She of the chubby red cheeks and coal black, dancing eyes. Her favorite word was “tookie” (cookie). She had a fatal attraction for the lake, and would toddle off towards it as fast as her little legs could carry her at any chance she got. More than once she swallowed a good mouthful before somebody rescued her from a watery grave. Bobbie would sputter and snort for breath, then flash her bottom teeth in a devilishly angelic grin. Because of her penchant for near-death experiences, Mother got Bobbie a harness with a long tether rope tied to a tree that would just allow the toddler to reach the wet sand but not the shallows. Bobbie also got to nap in her playpen, outdoors under a canopy of trees.
I, however, had to have my daytime snooze in our pop-up tent trailer, like a big girl. When we were alone together my foster sister and I would “talk” a gibberish, a made up language that made perfect sense to us, but to no one else. We had to be separated at nap-time because we would jabber instead of resting.

Apparently, it was supposed to be a treat for me to get to doze up on my parents bunk which hovered out over the propane tank, and the eternally damp red sandy ground below. At night while camping, Bobbie and I would share the bed which magically appeared when the table where we ate breakfast and supper was folded down and covered with the seat-back cushions. We would be barricaded in our little enclosure by a guard rail on one side and Ross’s bunk on the other. The door would be locked with a hook that had been added up high so Bobbie could not break away out towards the lake for a dip.

Sometimes Ross would let us jump wildly on his bunk and use it as a trampoline. At times things became a bit chaotic as we screeched and bounced off of the taut, caramel colored canvas. And of course there was always the delicious threat from Father that if we touched the canvas we would render it “leaky”.
It was hot in the trailer but usually quiet, and there was a soothing quality to the dappled afternoon light and shadows which were created by the tall trees all around.
But this day was too hot, and the cicadas, katydids and grasshoppers were all prima donnas, trying to outdo each other.

I could not sleep, could not settle. I sang and hummed nursery rhymes, making up the words as I went, until my mother came and scolded me for not sleeping. She gave me a drink of water that tasted like the plastic blue Thermos jug that it was stored in, and left me alone again.

I  needed some air, some kind of a breeze. I rolled off the stiflingly warm sleeping bag, right to the outer edge of the bed, where I accidentally found the coolness of outside air that I sought. My body weight stretched the elastic bungy cords which held the canvas wall in place underneath the plywood platform of the bed, around little white fasteners that looked like buttons. A small slit of outside appeared. So first I poked a foot down and under the canvas, reveling in my relief. Then I turned sideways in the bed and stuck my other leg out. Pure bliss. Then I wanted my belly and arms to feel free as well, so I twisted and slipped further outside my cocoon. I hung out there for a few minutes, head inside, body outside, until I felt sufficiently peaceful and at ease to fall asleep.
But when I tried to get my arms back inside the tent to pull myself up, I found that I could not.  The canvas was tight around my neck. I thrashed my legs around outside, trying to find a foot hold to stand on, but found nothing but open space. I slipped a few more inches down so that my head was now wedged. I was caught in a death canal of my own making. My own weight suspended from my neck was beginning to feel more and more uncomfortable. 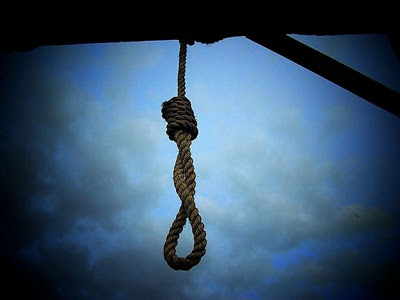 I tried to yell for help, but soon realized that a tightness around my throat was not allowing my protest to amount to more than a feeble squawk. It felt like when I was having an asthma attack. I tried to sing nursery rhymes again, but that didn’t work either. All I wanted to do was sleep then, so I closed my eyes and drifted away.

Meanwhile, some of the other kids were now up from their nap, and were playing down at the beach with the moms sitting around in a semicircle facing the water, keeping a close eye on the older kids who were back from exploring and in need of a swim. Bobbie was up, refreshed, reenergized and ready to fill her diaper with wet sand.

One toddler, Ronnie, a fat little butter-ball of a baby was putting up a real ruckus. Standing on his mother’s lap, facing backwards over her shoulder towards the trailers, he was stomping his pudgy, rolled legs, digging his toes painfully into her thighs. He was pointing and fussing, and the ladies tried to adjust their eyes from the glaring sun of the beach to see what Ronnie saw up towards the shaded tents, but could not. They thought it must be a squirrel or something that was holding his attention. Ronnie continued his rant however, and finally blurted out the word “baby” as clearly as he had ever spoken before, and pointed directly up to where I was.

I can only imagine the utter panic and dread as my mother recognized the lifeless hanging body of one of her own children. She says it was like a nightmare, where your legs are like rubber and won’t obey your commands to run as fast as you need to escape the horror.

I don’t know who grabbed and supported me from outside or who unfastened the bungy cord releasing my neck or who came inside to rouse me from near unconsciousness or who stayed at the shore with the babies. I just know it felt good to breathe again.

It feels good to breathe.
Posted by Dry Drowning at 12:23 PM